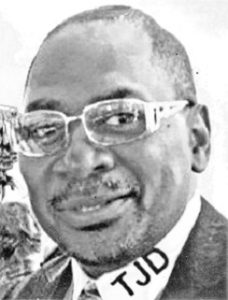 Tim Dunham was born in Stockton, attended local elementary schools and Stagg High School. During his senior season on the Stagg varsity basketball team, Tim averaged 18.8 points per game in league and 18.5 for the season as his team recorded a 22-8 record. He was selected First Team All-League in the SJAA in 1978-79.

He then attended Skyline Junior College, where his team’s record was 64-7. From there he went to Chaminade University in Hawaii, where his team’s two-season record was 68-5. In 1982 he was a key scorer in the game in which Chaminade defeated University of Virginia with Ralph Samson by a score of 77-72, which is still recognized as one of the biggest upsets in NCAA history.

He was drafted by the Portland Trailblazers in 1985 as the 85th pick overall. He played in the Continental Basketball Association for three years and then overseas in Turkey in 1984-85.

Following his pro career, he attended Conroe and Sacramento Schools of Theology, obtaining a Bachelor and Doctorate of Theology. He also obtained a Bachelor in Counseling and Masters in Education.

He is pastor at God’s Throne Baptist Church in Stockton. He and his wife of 36 years, Beverly Anne, have seven children and eight grandchildren.