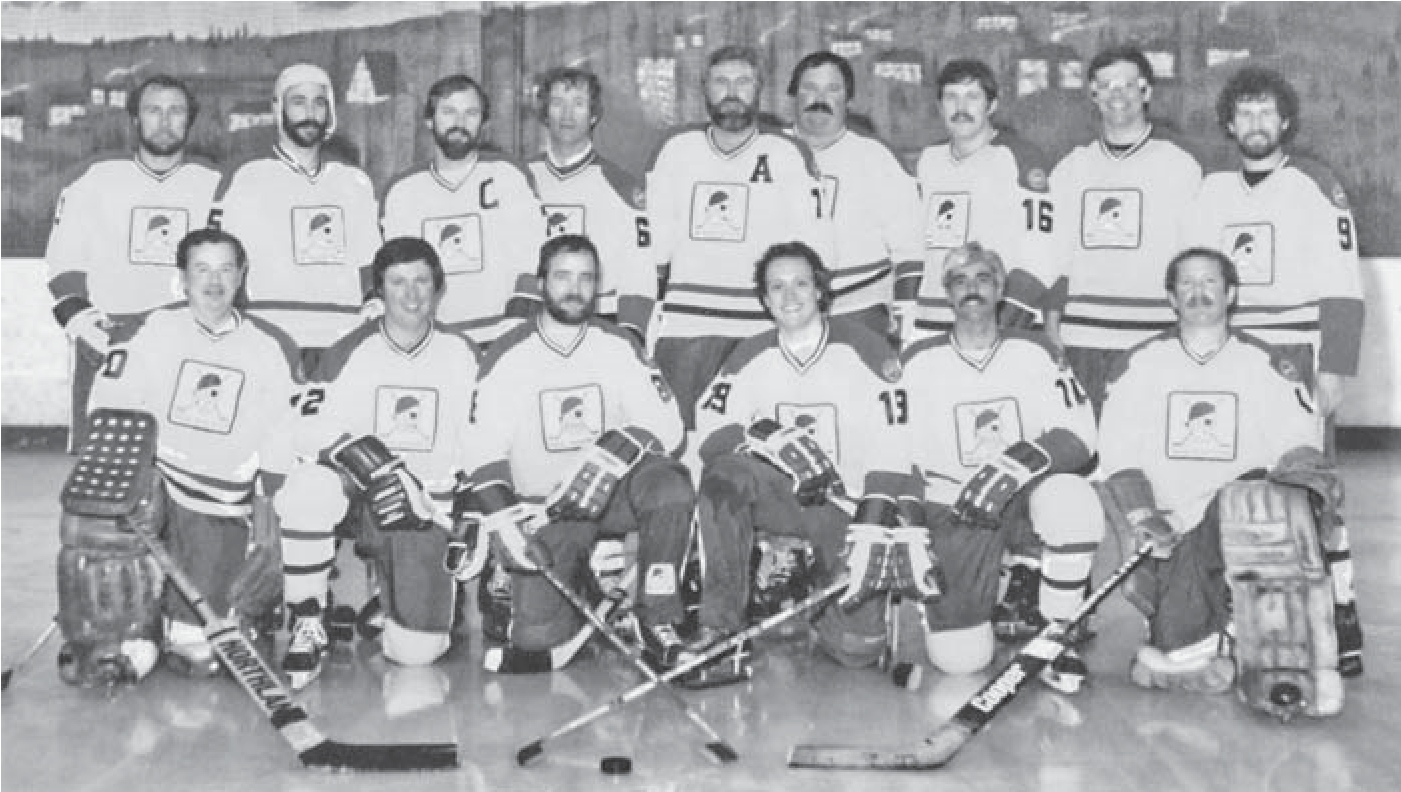 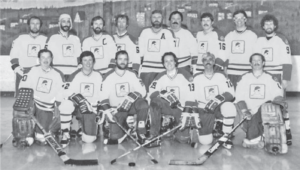 The 1983 and 1984 Stockton Rink Raiders Hockey Team won two consecutive Northern California Old Timers championships. The team was formed in 1983 and was comprised of players aged 35 and older. They represented former Stockton hockey players as well as new additions to the team. The other teams were from Concord, Marysville, Sacramento, San Jose, Belmont, Richmond, and Dublin. The team also played against teams from Austria, Finland, Hungary, Yugoslavia, Scotland, Germany, and The Netherlands between 1984-1986.

Ice hockey was introduced to the Stockton area in the late 1950’s with the help of Julius Schroeder, who is considered to be the father of Stockton Ice Hockey. The first venue was at an ice arena at the Stockton Fairgrounds, with the City of Stockton opening the Oak Park Ice Arena in 1970. The Old Timers League included many players from the 1950’s and 1960’s Stockton teams. The league did not allow serious checking and slap shots, so the team shad to rely on pinpoint passing, play making, and speed.