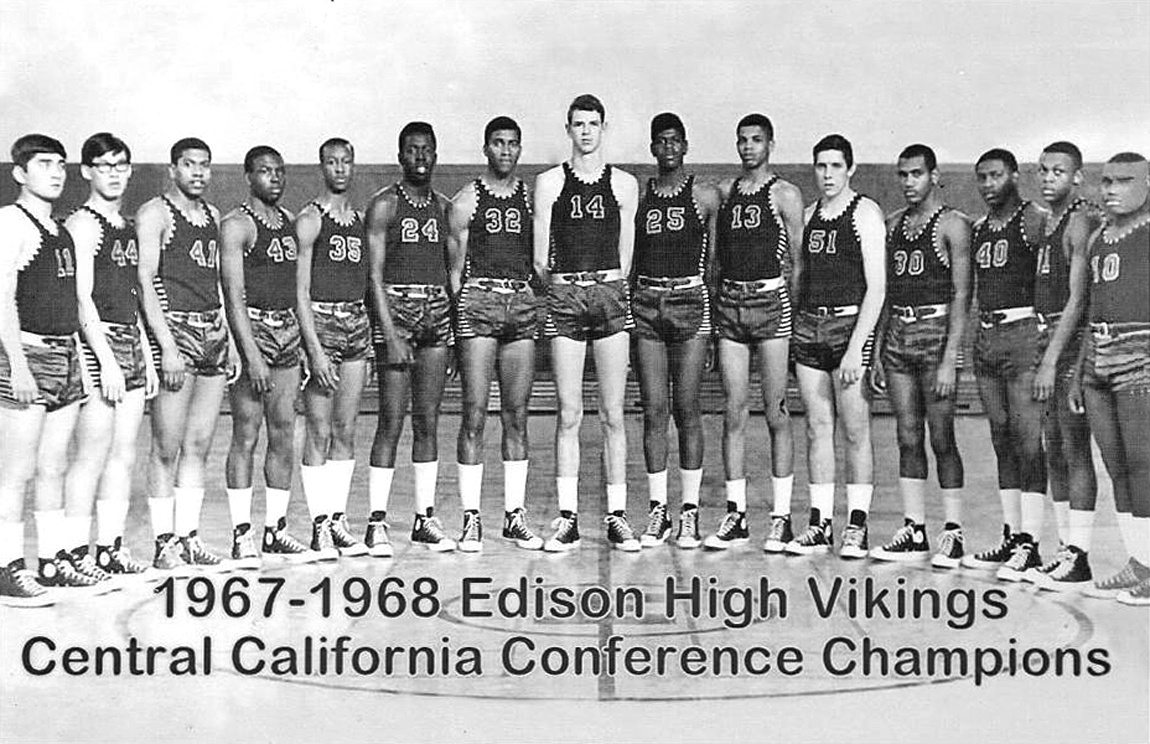 The 1967-68 Edison team was called by some “Stockton’s Greatest High School Basketball Team” to that time. Under first-year head coach John Nichols, the Viking basketball team won their second consecutive Central California Conference  Championship.  This team was loaded with towering height and loaded with outstanding players primed with a burning desire to win. The team achieved a 19-1 season record.

John Gianelli went from this team to University of the Pacific, where he was the leading scorer and selected WCC Player of the Year in 1971. He then was drafted in the 2nd round by the Houston Rockets and played in the NBA from 1972-79 for the New York Knicks, Buffalo Braves, Milwaukee Bucks and Utah Jazz. He also played three years in Italy.