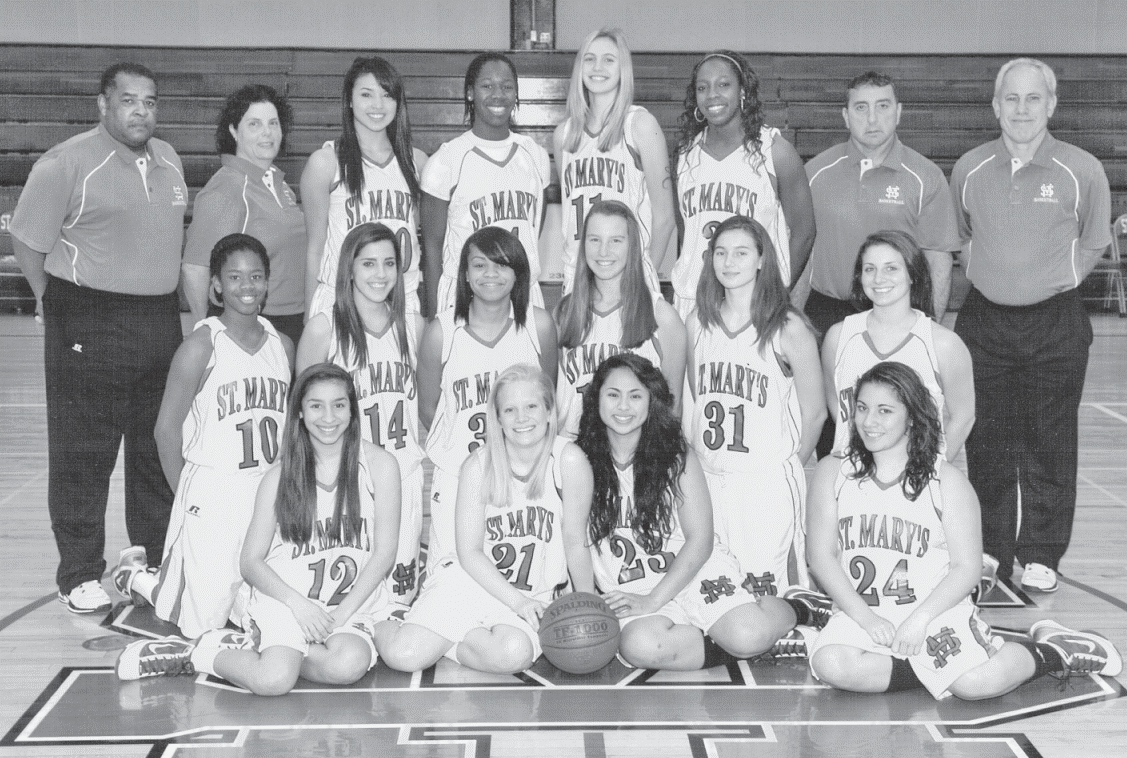 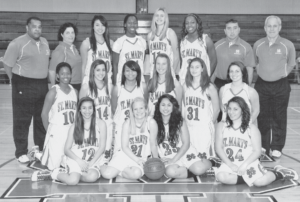 The 2009-10 St. Mary’s High School Girls Basketball Team, coached by Tom Gonzalves, finished their season with a 34-1 record. They defeated most teams by big margins, including winning the State Division III championship game by a score of 89-41 over Bishop Amat of Southern California.

This was St. Mary’s sixth State Title and their second in a row. They won their last 25 games by double digits and for the season had a winning margin of 39.1 points per game. Their only loss was to Mater Dei of Southern California in their eighth game of the season  in the Nike Tournament in Arizona, by a score of 60-66. They were ranked #1 in the country by USA Today, ESPN’s Rise Fab 50, and MaxPreps.com’s Xcellent 25.

A Chicago-based media organization named St. Mary’s the Team of the Year  at the  2010 All-Star Catholic High School Sports Faith Hall of Fame.

The starters, four seniors and one junior, had a 4.0-plus grade point average in high school. All went on to play in Division I at the college level.