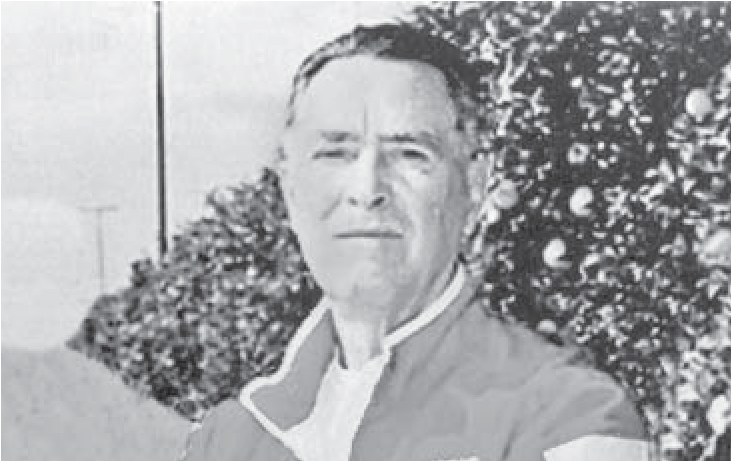 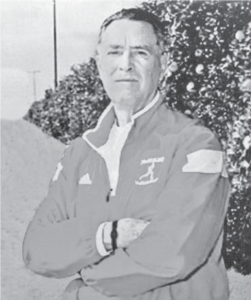 Jim White grew up in Stockton and attended Franklin High School, where he played basketball, graduating in 1959.

He earned his BA degree in physical education and science with a teaching credential at Pepperdine University in 1964. He taught at an elementary school in McFarland, CA for a time and then moved to the high school level. In 1980 McFarland added cross country to their CIF sports program. Jim became the first cross country coach at the school.

McFarland won their league championship in the school’s first season. Between 1980 and 1987 Jim’s teams won six out of seven league titles. In 1985, Jim started the first girls’ Cross Country team at the school.

Coaching became a year-round endeavor and Jim could often be found paying for running shoes and even food for his cash-strapped runners. “He would dish out more money than what the school was paying him,” said a 43-year-old former student who is now a high school counselor. “He was coaching 365 days a year.” In between the workouts and long miles, White would drill a simple mantra into their heads. “I tell them, ‘Attitude is everything,’” he says. His runners see him as more than a coach. “He was a father figure,” recalls another team member, who now coaches the girls’ basketball team for the school. “He was the first person to take me to a bowling alley, a pizza parlor, or to the movies.” His motivational philosophy has had a profound effect on generations of locals in the McFarland area.

After his retirement, Jim worked as a volunteer coach with some of his former athletes who followed him into coaching. McFarland continued to qualify for the state meet for 24 years in a row, as many of his athletes became productive community members as teachers, coaches, counselors, and recreation leaders.

Jim White’s story was made into a movie entitled McFarland USA. It is a story of how one man developed a cultural bond with his students and community to create a tradition of achievement. The community of McFarland had embraced his philosophy and the team’s successes by establishing their community logo as a runner. Under the logo is the city motto: “Tradition, Unity, Excellence.”