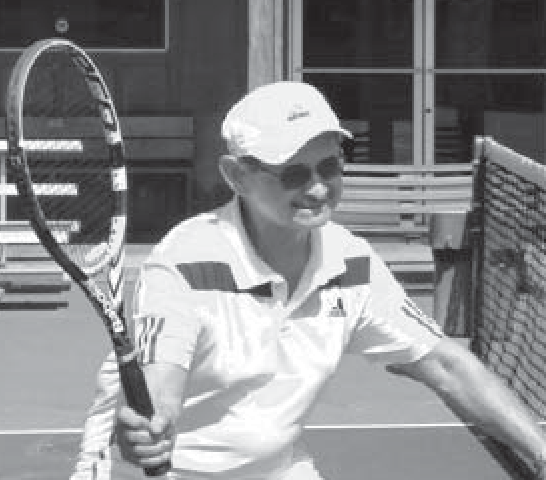 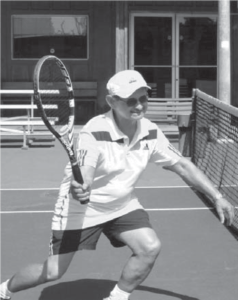 Peter Juarez was born in Stockton and attended local schools. He graduated from Edison High School and then San Joaquin Delta College.

Currently, Peter’s position at Oak Park is in four areas: He manages the 11-court tennis facility, which has a pro shop, lounge, and restrooms/showers. He teaches tennis lessons to juniors and adults. He directs five USTA-sanctioned tournaments and three unsanctioned tournaments each year. During his lifetime at Oak Park, he has directed about 100 USTA-sanctioned tournaments and 50 O.P.J.T.F. unsanctioned tournaments. As a teaching pro, he has also assisted the Stockton Tennis Club with their eight tournaments per year. He has provided up to 30 veteran tennis players each year to be court monitors and score keepers for the many tennis events each year. Each year, Peter facilitates the use of the Oak Park tennis courts for the California Interscholastic Federation for their Division III Sectional Tournament. Franklin and Chavez High Schools each use the Oak Park courts for their home courts during their spring and fall tennis seasons.

He strings and repairs tennis racquets. He has strung 18,000 to 19,000 tennis racquets during his time as a teaching pro at the Oak Park Tennis facility. Peter is a member of the USTA, the USPTA, and the U.S. Racquet Stringers Association.

Peter is currently President of the OPJTF, and has been since its inception back in 2001. It is now a 501c tax-exempt organization. The organization runs junior programs and has a scholarship program which from 2001 to the end of this year will have awarded over $50,000 to about 60 high school seniors to go on to college. Senior students from all high schools within the Stockton area have benefited as scholarship recipients, as well as Charter school and home school students.

Under Peter’s supervision, many individuals have volunteered many hours to promote tennis and improve the Oak Park Tennis Center. It has a very good reputation in San Joaquin County and Northern California, and Peter and his organization strive to make it better. They have touched many lives in a positive way and hope to continue making role models of all who participate in our programs.

In 2016, Peter was recognized with a Commendation from the City of Stockton Mayor and City Council for his dedication to the sport of tennis and the Oak Park Tennis Complex. In 2011 Peter was inducted into the Stockton Mexican Sports Hall of Fame. Thousands of tennis players in Stockton are indebted to Peter for his promotion and teaching of tennis.