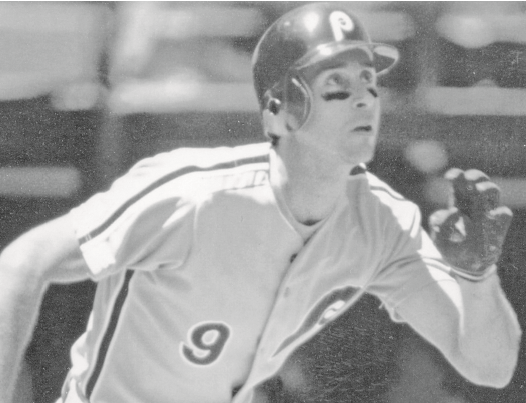 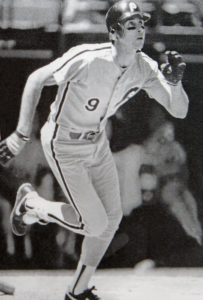 Von Hayes was born August 31, 1958 in Stockton, California. He attended St. Luke’s Elementary/Middle School, St. Mary’s High School, and went on to attend St. Mary’s College. As a youth, he participated in CYO Basketball, Little League and Babe Ruth Baseball. Von was a small kid and not very big in stature. However, Hayes’ father and brother Mike saw his potential and were instrumental in keeping him encouraged, nurturing the hunger he had to play sports. Von learned perseverance and that he was not a quitter. Eventually, he grew to be 6’5” in college. Von credits coaches Jon Gustorf in CYO and Tom O’Neill, who helped him develop his basketball skills and how to compete. Sherman Turner, his baseball coach, taught him all the fundamentals of the game. Von has played in numerous championship games throughout the years. It wasn’t until he left high school that he began to grow as a premier college player. Von made the USA Team vs. Japan. He was drafted by the Cleveland Indians in 1979. In December 1982, he was traded to the Philadelphia Phillies. He was a part of five players nicknamed “5 for 1” by Pete Rose.

Hayes enjoyed his most successful campaigns as a Philadelphia Phillie in the late 1980’s. Hayes finished 8th in MVP voting in 1986, when he led the National League in runs, doubles, and extra base hits. He achieved an on-base average over .400 in 1987. In 1989, Hayes made his only appearance on the All Star team, and had career high totals in OPS+ (140) and batting runs (32.4). On June 11, 1985, Von Hayes became the first player in MLB history to hit two home runs in the first inning of a baseball game. After leading off the game with a home run off Tom Gorman, Von Hayes hit a grand slam later that inning off Calvin Shiraldi. The Phillies won the game 26-7 over the Mets, the most single game runs scored by a Major League team in over 40 years. Hayes also hit two two-run home runs in a June 8, 1989 game against the Pittsburgh Pirates at Veterans Stadium. It was in this game that, after the Pirates scored 10 runs in the top of the first inning, Pirates broadcaster Jim Rooker said on the air, “If we lose this game, I’ll walk home.” Hayes’ two home runs triggered a comeback, the Phillies winning the game 15-11. (After the season, Rooker conducted a charity walk from Philadelphia to Pittsburgh.)

Von recalls his most memorable game was when he hit three home runs in a series against the Giants at Candlestick Park in 1989, with family and friends present. Von has also played in the Cal-Mex League and was one of the many who played and went on to play in the Minor Leagues. He was also among the few to play in Major Leagues. Von has had a stellar career in the Major Leagues and later became a successful Manager in the A’s Minor League system, winning three League Championships. He is a proud father of two children, a daughter and a son, and resides in a suburb of Chicago, Illinois.