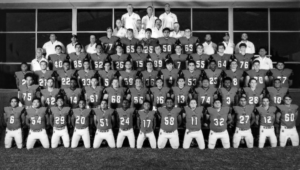 The team was selected as the Male Team of the Year at the Record’s “All Star Preps Best of the Record 2017” awards ceremony at the Stockton Arena in mid-June, 2017.